Lusignac was one of the very last villages in the Dordogne without street names and house numbers. 'No need to' it was said, we all seem to know each other and the postman knows us all. And when we went to the Mairie to introduce ourselves, we were told that Pimm is inhabitant 141 and Marcel is inhabitant 142, so yes, not too many people here.

But this has changed as the growing use of home delivery, and the efficiency of ambulances and fire services, all called for clearer house identification. We finally got our street name and house number now: from ‘Lieu-dit La Roussie Ouest’ to ‘51 Route du Contour’.

The so-called 3DS law, a law relating to differentiation, decentralisation, deconcentration and simplification provides that the municipalities ‘provide data relating to the naming of roads and the numbering of houses and other constructions’, meaning that the French village got its house numbers and street names.

A ruling in 1994 obliged communes with a population of 2000 or more to number their houses. In small villages, the hamlet thus often acts as a common address for several dwellings, like in our case with La Roussie Ouest in Lusignac.

Street name plates and house numbers are in different colours in France, but it doesn't mean anything, people could just vote for their favourite colours. As you can see on the photo, our street name plates are beige with the coat of arms of Lusignac on it...... the two 'Loups d'Or', the two 'Golden wolves'. Our house number plates in the village are in Burgundy red.

A bit of history

Ancient street names have been found in Jerusalem, which are thought to have existed from about the 4th-6th century BCE. These have been mapped, which is been used to excavate them at the moment.

The Romans indicated their streets with the terms Cardo and Decimanus. All streets running from north to south were called 'cardo'. A 'decimanus' was a street running from east to west. In the case of main roads, the term 'maximus' was added. In the Middle Ages people were less regulated. Streets and squares were often named after the work that was most often carried out there, or were simply a description of an important building that stood nearby, or of important people who lived there. From the twelfth century onwards, people increasingly stuck to a fixed street name. However, as these were never officially recorded, there were sometimes several names in circulation for each street.

In the 18th century, the first house numbering systems were adopted across Europe to assist with administrative tasks and the provision of services such as postal delivery. Parts of the suburbs of Paris were numbered in the 1720s and the houses in the Jewish quarter in Prague in the Austrian Empire, were numbered in the same decade to assist the authorities in the conscription of Jews.

In the mid-18th century, house numbering took off and was widely used in Madrid, London, Paris and Vienna. On 1 March 1768, King Louis XV of France decreed that all French houses outside Paris had to display house numbers, primarily for tracking troops quartered in civilian homes.

That was all some time ago, today, order is brought to rural France, so, please put our new address in your agenda:

The simplest way to find our exact location is with what3words.com:
///forgiveness.puncture.purples

And, needless to say, we hope seeing you here once, in the beautiful rolling hills of the Dordogne.

Looking forward to welcoming you!

Have a look at our availability calendar and if you have any questions, feel free to contact us. Looking forward to hearing from you.

You can book your stay at Loups d'Or here:

Most of our blogs are written to give you more information about the Dordogne, Périgord, where we have Gîte Loups d'Or, our 4-star, luxury, self-catering holiday home. We write about subjects we think are interesting for you to know and to give you inspiration to explore this beautiful part of France yourself. If you have any questions or if you want more information, please feel free to contact us.

About -ac as in Lusignac 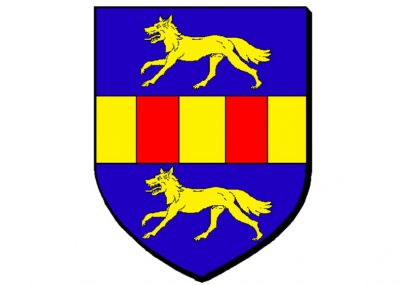