We never thought about the possibility of changing the colours of a national flag, but recently, French president Emmanuel Macron replaced the brighter shade blue of the Tricolore with a darker navy blue, the symbol of the French Revolution. The French Navy never stopped using the navy blue shade. In 1976, President Giscard d'Estaing introduced a brighter blue on the tricolour for aesthetic reasons, to match the blue on the European flag.

Le Tricolore (or Le Bleu-Blanc-Rouge), as if it is the only tricolour in the world, or the most important or the first. The first definitely not. The first tricolour was the Orange-White-Blue, the Prince’s Flag, William I of Orange-Nassau, used from 1572. When the Union of Utrecht was concluded in 1579, this became the official flag of the Netherlands. This flag inspired the Russian and the French flags.

Le drapeau tricolore was based on the blue and red coloured cockades worn by the revolutionaries and are the traditional colours of the coat of arms of Paris. Later, the Bourbon white was added to this cockade.

The flag has three equal vertical bands. The blue colour is associated with Saint Martin of Tours and the red colour with Saint Dennis. The white colour represents the House of Bourbon which ruled France from the late 16th Century until the French Revolution. It is also the colour of the Virgin Mary, patroness of France.

Another interpretation is that the three colours represent the three elements of one of the many mottos of the French Revolution: blue for liberté (freedom), white for égalité (equality) and red for fraternité (brotherhood). This motto was promoted by François Fénelon (1651-1715), a French archbishop and theologian and came to characterise the republican ideals of the French Revolution.

In 1775, illustrator and engraver Jean-Michel Moreau first painted the ‘Goddess of Liberty’ but became popular in 1792, when France’s First Republic was established. Marianne, or Marie-Anne, the name given because of the popularity of the name with the working classes, is most commonly shown wearing a Phrygian cap. This cap was originally worn by liberated Roman slaves and was a symbol of Libertas, the Goddess of liberty. The ‘liberty cap’ came to signify freedom and the pursuit of liberty, first in the American Revolution and twenty years later in the French Revolution.

Most of our blogs are written to give you more information about the area where we have our Gîte Loups d'Or. We also write about subjects we think are interesting for you to know. If you have any questions or if you want more information, please feel free to contact us. 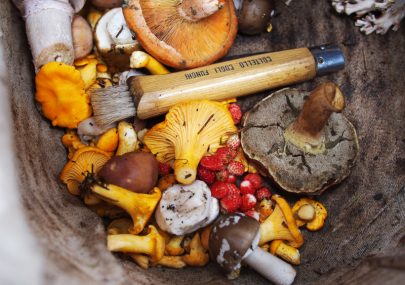 How do the seasons smell in the Dordogne?

What is the Périgord known for?